IKEA and the Consumer Product Safety Commission announced a sweeping recall of 29 million dressers Tuesday due to the deadly risk they pose to children if they tip over. 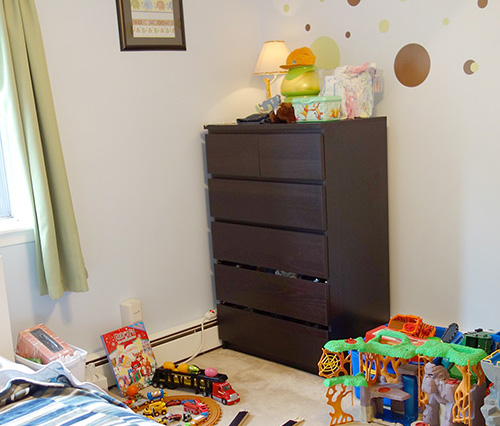 The recall, one of the largest in history, comes after the deaths of at least three children who tragically lost their lives when an IKEA MALM dresser tipped over, pinning them beneath. Philadelphia personal injury firm Feldman Shepherd has filed lawsuits on behalf of the families against IKEA alleging that the dressers do not meet industry safety standards.

The first death occurred in 2014, yet it took two years and two more child deaths for the company to issue a full recall of the dressers. A previous “safety program” acknowledged the risk but fell short of a full recall that offered a refund.

The recall affects 29 million dressers sold in the U.S. dating back to 2002. Attorney Alan Feldman, who is leading the legal case against IKEA, applauded the move to issue the recall, but stated:

“It should not have taken repeated injuries and deaths over many years before IKEA finally responded to the potential hazard it placed in millions of American homes.”

The innocent children who lost their lives are:

The parents of Theodore “Ted” McGee have released the following statement:

“While we welcome the news of the recall by IKEA of 29 million defective chests and dressers, we cannot forget that it took the death of our son Ted, and many other injuries and deaths of other children, before IKEA finally acted. Had IKEA simply designed its furniture to meet minimum stability standards, Ted might still be with us. We hope that IKEA will commit to making furniture that is safe and stable so that other families do not have to endure what we have been through. We strongly encourage legislation in this area to protect children’s safety.”

The parents of Camden Ellis released the following statement:

“We are the parents of Camden Ellis, who was killed when an IKEA MALM dresser tipped over and crushed him. While we are glad to hear of the recall by IKEA of 29 million defective chests and dressers, we will never be able to forget that Camden’s death was preventable. Had IKEA simply designed its furniture to meet minimum stability standards, Camden would still be with us.

We pray that in the future, IKEA furniture will be designed to be safe and stable so that what happened to our family does not happen to others. We also hope that legislation can be passed that will impose tougher stability standards for furniture so that innocent children can be safe in their own bedrooms.”